Zooz recently announced via twitter customers can now download firmware updates for the Zooz Z-Wave hardware. While this isn't a friction-less process (I'd love to see the registration requirement go away), it's a major step in the right direction.

Get direct access to firmware files, extended warranty & expedited support when you join our Product Registration Portal - no need to reach out to support!
Click to expand...

As of right now, the following devices can be registered:

Jasco recently announced a similar decision, after Linus Tech Tips unveiled their struggles with Jasco hardware, which highlighted the issue of not being able to download firmware. This created enough pressure for Jasco to post the firmware on GitHub. 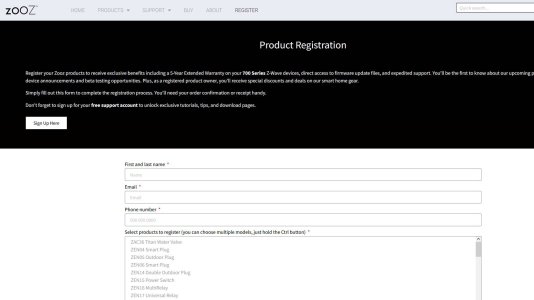 Administrator · From Cyber
Staff member
You must log in or register to reply here.